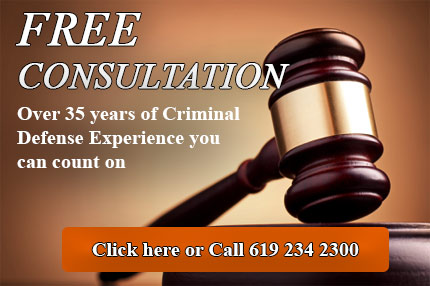 California’s 2014 midterm elections resulted in the passage of Proposition 47. Titled the “Safe Neighborhoods and Schools Act,” the proposition reclassifies a number of nonviolent crimes that were formally felonies as misdemeanors. Prop 47 will help reduce the prison population, which will save the state money that can instead be used for important school, drug, and mental health programs. The proposition passed with nearly 60% of the vote.

Learn about your options under Prop 47 – request a free consultation!

The new law classifications have already led to the release of hundreds of inmates whose convictions have been reclassified as misdemeanors, but with sweeping new reform like Prop 47, there are many new circumstances to consider. Not all inmates convicted of the reclassified crimes are eligible for new sentencing, so understanding the new requirements is crucial to reassessing your case and new criminal cases going forward.

What offenses can be reduced under Prop 47?

Prop 47 specifically targeted nonviolent crimes. The reclassification spanned across white collar crimes to drug crimes, many of which are now re-defined as misdemeanors.

Felonies reclassified by Prop 47 include:

Under the reclassified misdemeanor definitions, maximum penalty for these crimes is one year in jail. Those who have already served that time under the felony definition can now petition for early release or lighter sentencing.

Who is eligible for early release under Prop 47?

Many of those who have been convicted, or who stand to be convicted, of crimes outlined by Prop 47 (while they were considered felonies) are now eligible for early release and lighter sentencing—that even includes incarcerated persons who were convicted under the “three strikes” law. However, not all of those convicted of these crimes are eligible for reconsideration.

It is important to understand that Prop 47 does not work as a “free pass” for those incarcerated. For petitioned cases to be considered for time served and lighter sentences, an individual cannot have a prior conviction for any registerable sex offense or serious and/or violent crime. These serious and violent offenses are homicide or attempted homicide, solicitation to commit murder, possession of a weapon of mass destruction, assault with a machine gun on a peace officer or firefighter, and any other felonies punishable by death or life imprisonment. [CA Penal Code, Section 667(e)(2)(C)(iv)]

Individuals with any of the aforementioned registerable sex offenses or serious violent crimes on their record are not eligible for Prop 47 consideration and must serve out the time dictated by their felony conviction.

Along with funding the youth programs outlined by the proposition, Prop 47 has several other benefits. It will begin to thin out California’s prison population, which is has long been considered overcrowded. Less congested prisons means fewer burdens on the correctional system and more resources—not to mention healthier environments for inmates.

Prop 47 is an exciting development in California, but also comes with many questions and uncertainties. As our justice system continues to grapple with the changes that Prop 47 brings, many of those convicted of the redefined crimes and their loved ones linger in limbo, unsure if the new proposition can even help them.

That’s where an experienced San Diego criminal defense attorney can help. Here at The Law Offices of Top Criminal Defense Law Firms, APLC, we’ve kept a finger on the pulse of Prop 47 since it was first proposed. Now that it’s passed, many stand to be positively affected—and we’re ready to help make that happen.

If your or a loved one has been convicted of a crime that is now reclassified under Prop 47, contact our firm to discuss your options!